But first, I would also like to take this opportunity to send my heartfelt best wishes to Old Colony Historical Society Archivist, Coventry Historic District Commission Chairman and former Director of the Paine House Museum Andrew D. Boisvert, who is leaving for Washington DC on October 1! Good luck Andrew! Your history shirts and enthusiasm for documentary evidence and material culture will be missed! 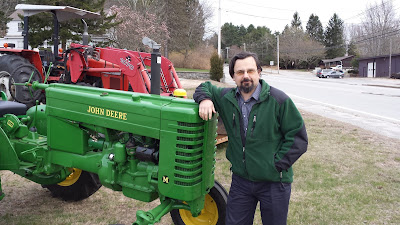 Andrew Boisvert, April 2014
Next, I would like to announce that the Pettaquamscutt Historical Society will be making a VERY IMPORTANT ANNOUNCEMENT at the Narragansett Towers on October 5, 2015. 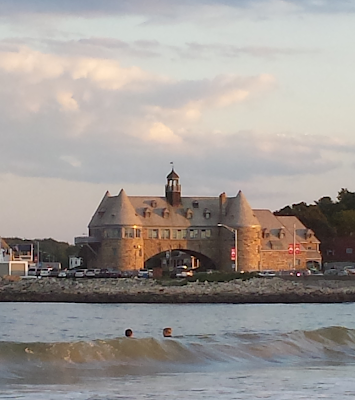 Join PHS as we make history!
Also, Pettaquamscutt Historical is open these days through December 19, 2015:

And now, The Events.

"Espionage played a vital role during the American Revolution in Rhode Island. The British and Americans each employed spies to discover the secrets, plans and positions of their enemy. Author Christian M. McBurney unravels the world of spies and covert operations in Rhode Island during the Revolutionary War." (Excerpt from Amazon.com review)

"On a Saturday morning in 1815, 11-foot-plus storm surges blasted the coast of Rhode Island, driven by what experts believe was a Category 4 hurricane originating in the West Indies and making landfall in New England.Scores of ships and hundreds of buildings were destroyed, and the Providence waterfront itself suffered rampant damage amounting to an estimated quarter of the city's total valuation at the time. Although few lives were lost in Rhode Island, a total of 38 New Englanders are reported to have died in the storm. Join Robert Emlen for a look back on the two hundredth anniversary of this natural disaster."

"Christian McBurney relates the story of these remarkable raids, the subsequent exchange of the two generals, and the impact of these kidnappings on the Revolutionary War. He then follows the subsequent careers of the major players, including Lee, Barton, Prescott, and Tarleton. The author completes his narrative with descriptions of other attempts to kidnap high-ranking military officers and government officials during the war, including ones organized by and against George Washington. The low success rate of these operations makes the raids that captured Lee and Prescott even more impressive." (Excerpt from Amazon.com review).

Barbara Barnes (RIHS Tourism Services Manager) and Dan Santos (Historic New England Regional Site Manager for Southern New England) will lead a fascinating tour visiting the very places in Providence that bore the impact of the Great Gale of 1815. This special event will take participants back in time to a major moment in Rhode Island history.

"The Tirocchi sisters and their employees produced exquisite dresses for high-society women in the early 20th century and left an unparalleled archive of garments, fabrics, ledgers, photographs, and correspondence. This talk is presented as part of the RIHS's Rhode Island by Design series for 2015, highlighting the role of design in Rhode Island history.

Strong demand for seating is expected, and RSVPs are required. Click here to reserve admission, email programs@rihs.org, or call (401) 331-8575 x136!

Although domestic servants made everyday life in grand homes possible, their identities and roles within the household have long been hidden. A lecture by Jennifer Pustz, museum historian at Historic New England, illustrates the diversity of domestic service in New England over the nineteenth and twentieth centuries.

The Spirit of '74 is the story of what happened between the Boston Tea Party in December of 1773 and the battles of Lexington and Concord in April of 1775, detailing how vitally important those sixteen months were to the overthrow of British rule and the founding of our nation. Worcester and Worcester County played key roles in this history that is often overlooked in standard narratives of the American Revolution. Worcester county militiamen from 37 different towns shut down the Royal Courthouse on September 7, 1774, in the largest peaceful display of civil disobedience at that time. This effectively ended British authority in the rural sections of Massachusetts. Worcester was also the center of military activity with the largest store of guns and ammunition in the colony. In fact, General Gage considered sending troops to seize these stores, but realized that the people of Worcester would put up too much of a fight and his troops would not be able to return safely to Boston. He chose instead to seize the stores held at Concord.

"Rhode Island’s Washington County hides a dark past riddled with macabre crimes and despicable deeds...author Kelly Sullivan Pezza is a native of Hope Valley, Rhode Island, and has worked as a journalist for southern Rhode Island newspapers for seventeen years. With an education in law enforcement and many years of experience as a Rhode Island historian and genealogist, she has written hundreds of articles and several books concerning historic true crime and unsolved mysteries in Rhode Island." (Exerpt from Amazon.com review)

"Over thirty thousand slaves were brought to the shores of colonial America on ships owned and captained by James DeWolf. When the United States took action to abolish slavery, this Bristol native manipulated the legal system and became actively involved in Rhode Island politics in order to pursue his trading ventures. He served as a member of the House of Representatives in the state of Rhode Island and as a United States senator, all while continuing the slave trade years after passage of the Federal Slave Trade Act of 1808. DeWolf's political power and central role in sustaining the state's economy allowed him to evade prosecution from local and federal authorities--even on counts of murder. Through archival records, author Cynthia Mestad Johnson uncovers the secrets of James DeWolf and tells an unsettling story of corruption and exploitation in the Ocean State from slave ships to politics." (Amazon.com review)

Public Lecture: “Villages, Maize, and the Narragansett: New Information on the Formation of a Traditional Indian Territory along the Rhode Island Coast” by Joseph N. Waller, Jr., PAL
Joseph Waller, Jr. of the Public Archaeology Lab will discuss the excavations at the Salt Pond archaeological site, also known as RI 110
Tuesday October 13 at 7 p.m. at the URI Bay Campus Coastal Institute Auditorium, Saunderstown, RI.
Co-Sponsored by the Pettaquamscutt Historical Society and the Tomaquag Museum 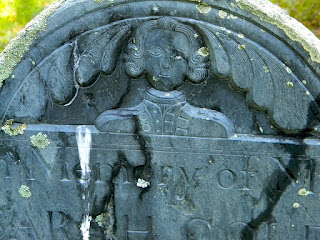 Also, see my article Digging Up The Past: Archaeology at the Old Quaker Meetinghouse, about Professor Morenon's excavation at the Quaker Cemetery and Meeting House site in the summer of 2013.